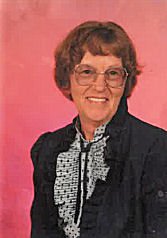 Shirley was born March 1, 1936, in Red River County to Raymond and Lota White Jeffers.  She was married to Felton “Doc” Nailling for 35 years and he preceded her in death.  Shirley later married Herman Larue and they were together until his death in 2013.  She was retired from Red Kap Industries and of the Baptist faith.

The family will receive friends Sunday afternoon from 4:00 p.m. until 6:00 p.m. at Clarksville Funeral Home.

Share Your Memory of
Shirley
Upload Your Memory View All Memories
Be the first to upload a memory!
Share A Memory